M Nazrul Islam: The responsibility for man, where there is no limit, is the responsibility of the great men. Life of a great man is a spiritual journey as well as a relentless pursuit to find the truth, remove obstacles from the lives of others and care for them so that they can reach the height of their potential.

Rabindranath Tagore writes, “Animals live on the terrestrial globe, but man lives in what he calls his country. This country is not geographic, but spiritual. It is enriched with the currents of thought and love that have flowed through the ages. Countless is the number of those who have gone through suffering and death in order to prove the truth of the person who is immortal in them, and the country is the creation of their sacrifice.”

There is no alternative to truth. Human beings go about their lives based on truth. Those who bypass the truth and resort to falsehood are bound to hit roadblock at some point in their journey. But those who are determined to achieve their goals and devoted to their motherland will move forward defying all odds. Sajeeb Wazed Joy is one such person who is destined to drive the country’s hope and aspiration. He is the third generation of Bangladesh’s hereditary politics.

In the Indian subcontinent, we have a tradition of carrying forward political legacies. If we look at the family line of Indian politics, we can see that Jawaharlal Nehru’s daughter Indira Gandhi was a worthy successor to her father. Zulfiqar Ali Bhutto’s daughter Benazir Bhutto’s stint in Pakistan’s politics, as well as Benazir’s husband and son’s involvement in politics are just as true as the political identity of the Bandaranaike family in Sri Lanka. In the same way, our Prime Minister Sheikh Hasina made her debut in politics in 1981. As her worthy inheritor, Sajeeb Wazed Joy has already made quite a stir in Bangladesh’s politics by reinvigorating young activists in the party and giving rise to new expectation. Like his grandfather Bangabandhu Sheikh Mujibur Rahman and mother Sheikh Hasina, Joy possesses an extraordinary innate ability to attract the common people with compassion and cordiality. He can easily grab the attention of conscious people. 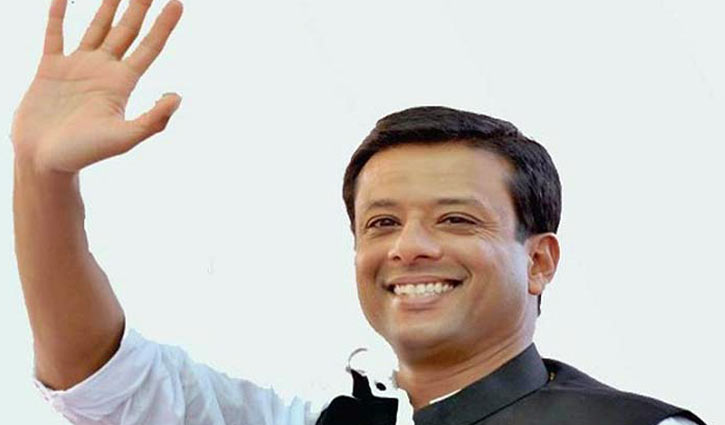 As a scion of political dynasty, Joy appears poised to become inevitable in Bangladesh’s politics. In Bangladesh, democracy has been evolving centring Bangabandhu Sheikh Mujibur Rahaman’s family. Naturally, Joy is the worthy inheritor of Father of the Nation Bangabandhu Sheikh Mujibur Rahaman and current Prime Minister Sheikh Hasina. Therefore, quite logically, the third generation leadership is at the epicentre of public attention.

Sajeeb Wazed Joy is of the same age as Bangladesh as he was born in Dhaka on July 27, 1975. He is highly educated and quite capable of taking up any responsibility in the future. After completing BSC degree in Computer Engineering from an Indian University, he did his MA in Public Administration from Harvard University in the USA. In 2007 he was honoured to be selected by World Economic Forum as one of top 250 young global leaders. He has become politically conscious much earlier as he has been serving as an advisor to Awami League President Sheikh Hasina. He also played an important role in freeing Sheikh Hasina from imprisonment in the month of June in 2008 during the rule of military-backed caretaker government.

Like Bangabandhu, Joy is hardworking too. He is striving to reinvigorate Awami League with the power of youth as a political party of a new era. Although there is no denying that in the context of Bangladesh, currently Awami League is the most powerful and popular political party.

Tagore says “Man in his detachment has realized himself in a wider and deeper relationship with the universe.” In Sajeeb Wazed Joy we find a perfect example of universal man as envisioned by Tagore. Joy surrendered his individual self to the universal self, and thus he transcended the boundary of individuality and became a man of the people. He has dedicated himself wholeheartedly to the service of the people and the country. Therefore, it is our firm belief that he will be able to lead the country towards future prosperity overcoming all obstacles, no matter how insurmountable the odds may seem.

The youths of today will make the Bangladesh of tomorrow. Being at the helm of the youths, Sajeeb Wazed Joy has already proved his outstanding ability in leading the youths in the right direction. We can say for sure that he is on a journey towards greatness as he dedicated himself completely to achieve his goal of leading the country towards a better future. Therefore, his emergence in Bangladesh’s political scene as the most deserving political successor is indeed a blessing for us.

The author is based in Vienna as President of the All European Awami League. He is an Austrian expatriate human rights activist, writer and journalist and can be reached at nazrul@gmx.at